On May 20, 2015, the Subcommittee on Africa, Global Health, Global Human Rights, and International Organizations of the United States House of Representative held a hearing to discuss the need to change US Policy toward Rwanda.

Chairman Smith on the hearing said: “The Government of Rwanda has cooperated with the international community in numerous areas but there continue to be persistent, credible reports of human rights abuses by this government both inside and outside the country. Our hearing will examine these reports and try to determine how this reality impacts U.S policy toward Rwanda.”

Mr. David Himbara
Coordinator for the USA and Canada
Democracy in Rwanda Now
(Former Aide to the President of Rwanda) 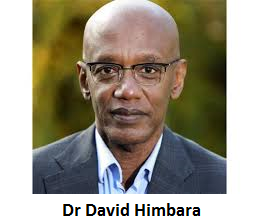 Dr. David Himbara is the former head of development strategy under former President Paul Kagame. He lives in Canada.
http://docs.house.gov/meetings/FA/FA1&#8230; 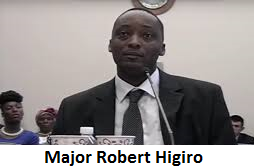 The former Rwandan military officer Robert Higiro speaking to a House Subcommittee hearing in May 2015. The U.S. State Department has advised Robert Higiro to leave Belgium for his own safety. This was confirmed by New Jersey Congressman Chris Smith, a senior member of the House Foreign Affairs Committee and the chairman of a congressional subcommittee that has been investigating allegations about Rwandan assassins abroad. Now, Major Higiro lives in USA..
http://docs.house.gov/meetings/FA/FA1&#8230;