”Under a dictatorship, a nation ceases to exist. All that remains is a fiefdom, a planet of slaves regimented by aliens from outer space” (Wole Soyinka)

The brutal clumsy ruling style of President Kagame is a proof that sometimes dictators spread terror far beyond their national borders. The Nigerian noble price Soyinka describes in simple few words how terrible is the plight of people subjugated to dictatorship regimes around the world, and how deeply regrettable are consequences of allowing a dictatorship to be nurtured, slowly settle down, get matured and finally become firmly established in one’s nation, often in the eyes of a naïve international community.

This is exactly what happened in post-genocide Rwanda run by the state engine known as RPF, a political party whose president is Kagame. The people of Rwanda have committed some collective suicide by surrendering to fear and accepting to be ruled by intimidation, whereas the International Community, have favored, extended and perpetuated  genocide acts in Rwanda and in the great lakes region in general, by massively supporting and protecting one of the most brutal dictatorial regimes of the African continent today on the grounds that western superpowers were unable to prevent or stop the genocide against the tutsi in 1994 and are driven by a generalized strong guilt-sentiment. This is how these world masters were netted and kept in the genocide remorse-cage, blackmailed by a serial killer good at trading the genocide against total impunity and protection for countless monumental crimes of terrorism, genocide and crimes against humanity registered ever since the 1990s war crisis to date both in Rwanda and in the whole region of the African great lakes.

It is obvious that western democracies are fully aware of the unacceptable nature and the extreme level of speech freedom obliteration and human rights abuse by President Kagame’s regime.  They know well that Kagame’s forces systematically massacred hundreds of thousands of Rwanda civilians, mainly of hutu ethnic, who were butchered like beasts just as the genocide was taking place in parallel and afterwards. For unknown reasons most international broadcasters, diplomatic missions and NGOs failed to report or denounce these atrocities, chose to limit investigation on the slaughter of the tutsis, which has been quite well documented and Rwandans are sincerely thankful for that.

This behavior of the West becomes more astonishing when suspicions arise that the UN International Criminal Tribunal established for prosecuting crimes of genocide and other crimes committed in Rwanda between year 1990 and july 1994, ICTR, was primarily used not to prosecute genocide perpetrators and other criminals but to cover Kagame and his RPF for their unconceivable criminal records during the considered period of time. In truth, Kagame’s gang of ill-doers have taken and held hostage Rwanda and partly the DRC for now over two decades, and many EU’s states, US, UK,Canada and the UN  allowed or induced the International Criminal Tribunal for Rwanda-ICTR to serve as a powerful instrument to destroy or to mask all evidences and scandalous facts that may expose Kagame’s crimes. Until the last day of its extended mandate no single member of Kagame’s RPF gang of criminals had been indicted by this tribunal.

On the one hand, powerful figures including international prosecutors, like the Gambian Lawyer Hassan Bubacar Jallow and his predecessor former Swiss attorney general Carla Del Ponte, were used or are believed to have been used, the second in a less fathomable subtle way, to clean Kagame’s image with intention to make him be seen as a non-criminal hero, even as, on the other hand, international NGOs and their leaders were merely turned into Kagame/RPF propagandists sometimes working hand in hand with the Department of Military Intelligence and the Vice President office, for example Ms Rakiya Omaar, Director of the Human Rights NGO African Rights, who acted more as an RPF/DMI agent than a leader of an international human rights non-governmental Organisation.  At the same time, sums of money were continuously pumped into the pockets of Kagame’s regime. 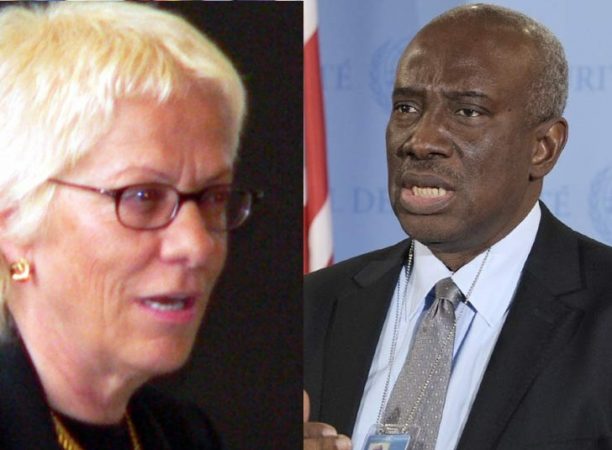 This makes it almost certain that if Kagame is allowed to stay in power after2017 and if he keeps enjoying an undisturbed freedom to suppress human rights in total impunity, there will unavoidably be a time soon, may be very soon, when death, terror and international corruption will cease to serve as means of crushing Rwandans rights, and that is when the power to silence the spirited desperate freedom-thirsty people of Rwanda will fade away like a shriveled flower in a desert. Then Kagame’s Dictatorship, entrapped in a violently speedy wave of revolution, shall cede and surrender before the unstoppable people will to stop evil from flourishing.

Fortunately, the worse is still avoidable, through sincere dialogue among Rwandans from all political tendencies, and through an objectively profitable partnership between the world superpowers and the people of Rwanda but not between them and Kagame as a person with his RPF.