Dear Mr President, this is to bring to your attention a troubling development in Rwanda’s business and investment climate. This is, of course, an area in which your organisation regularly showcases Rwanda as a star performer. For example, your 2017 Doing Business Report ranks Rwanda the 2nd best in Africa after Mauritius, and 56th globally out of 190 countries, in terms of ease of doing business.

These rankings notwithstanding, Rwanda’s broader business and investment climate is not what it often appears to be. Allow me to illustrate this with a recent example.

On January 5, 2017, businesses and nonprofit organisations operating in residential premises or homes converted into offices were given three months to relocate to commercial facilities. By the end of March 2017, all businesses and nonprofit organisations in Kigali must have complied with this order. Two factors appear to have led to this draconian directive:

That is the context in which the Rwanda government ordered businesses and nonprofit organisations to move to commercial buildings in the following terms:

“We have written to…[businesses and nonprofit organisations] and given them three months to relocate from residential houses and we requested commercial building owners to reduce the rental fees to make it affordable for the tenants.”

Mr President, you would agree that the Rwanda government directive sharply contradicts the spirit and practice of private enterprise in a double sense. First, it is the state that is dictating where owners of businesses and nonprofit organisations must operate. Second, it is the state determining what commercial buildings ought to charge tenants. What emerges here is a strange form of capitalism controlled by the state as opposed to business owners transacting in the market place. The state is no longer regulating but commanding commerce and industry.

But there is an even bigger problem here. Businesses and nonprofit organisations in Rwanda remain overwhelmingly informal, micro, and small employing between one and five people. This reality is recognised by the World Bank Group, whose overview of Rwanda’s development challenges reads as follows:

“Going forward, the private sector, which is still largely informal, will have to play a bigger role in ensuring economic growth. Poor infrastructure and lack of access to electricity are some of the major constraints to private investment. As Rwanda’s investment relies a lot on foreign aid, stable inflows of this foreign aid are critical to keep the current high investment rate at around 25% of GDP.”

Mr President, it is these largely informal and small businesses together with nonprofit organisations that are under official attack. These entities face harassment and possibly closure as most of them cannot afford rents in commercial buildings. The Rwandan authorities seem determined to make a bad situation worse. In their ill-conceived “solution” to the ruinous high vacancy rates in newly-built commercial buildings, the government wants to throw small businesses and nonprofit organisations under the bus, too.

In conclusion, Mr President, evidently, the World Bank has something of a reputation risk here. The excellent Doing Business rankings you continuously grant Rwanda will be questioned if businesses in that country are under state command and not their owners. We trust that as a partner to the Rwanda government — and you have a significant presence in the country — you are already using your good offices to persuade the Rwandan authorities to change course before further damage is done to the country’s nascent private sector. 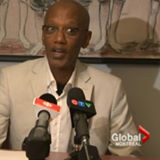 Dr David Himbara is an educator, political economist, and author based in Toronto, Canada. He teaches and works in the field of development and competitiveness.